Call for Papers-Conference on Imposed Constitutions: Aspects of imposed constitutionalism 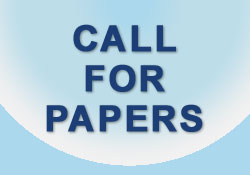 The University of Nicosia, Department of Law
and the
Centre for European Constitutional Law – Themistocles and Dimitris Tsatsos Foundation

invite submissions for a Conference on:

Subject-Matter of Conference
Imposed Constitutions are not the product of the free will of a people exercising constituent power. How important is this “birth defect” for the life of the new Constitution? In recent years the divide between constituent and constituted power is being revisited, while the traditional idea of “a people” making its own Constitution has been challenged from a variety of viewpoints. At the same time constitutional change is conceived through the combination of formal and informal change, and constitutionalism is no longer perceived as a fixed notion, since forms other than liberal constitutionalism are being explored. In that context, the notion of imposed constitutionalism can be viewed through novel conceptual, normative and empirical lenses.

Is there a clear distinction between imposed and unimposed constitutionalism? What does the internationalization of constitution-making processes signify in this respect?

How crucial is the presence of external actors in constitution-making?

Are there any lessons taught by the enduring Constitution of Japan? What can we learn from other examples such as Iraq or Bosnia?

Is it impossible to shake off the feeling that a Constitution has been imposed?

The recent example of Iceland suggests that the odour of an imposed Constitution may stay on for years. Still, as difficult transitions are currently underway, imposed constitutionalism is a challenge to both constitutional scholars and constitutional designers.

The Conference will focus on theoretical issues emerging from the enactment and function of imposed Constitutions, as well as on particular examples.

Eligibility
Submissions are invited from scholars of all ranks.

Submission Instructions
Interested scholars should email an abstract no longer than 750 words by December 20, 2016 to (centre@cecl.gr) on the understanding that the abstract will form the basis of the pre-Conference draft to be submitted by April 5, 2017. Scholars should identify their submission with the following subject line: “Conference on Imposed Constitutions – Abstract Submission”.

Notification
Scholars whose abstract has been accepted will be notified no later than January 20, 2017.

Costs
There are no fees to participate in this Conference. Participants are responsible for securing their own funding for travel, lodging and other incidental expenses.

Questions
Please direct inquiries in connection with this Conference to:

About the University of Nicosia, Department of Law
The University of Nicosia, Department of Law, has a tradition of more than 20 years in legal studies and was the first Cypriot Department of Law to be academically recognized by the Republic of Cyprus and professionally by the Cyprus Bar Association. The Department offers programs of study at the Bachelor’s, Masters and Doctorate level. It offers an LLB in Law which is based on a comparative approach of continental law, common law and mixed legal systems and with a full range of both English-speaking and Greek-speaking courses. It further offers an LLM in European Law with concentrations on: a) Business Law and b) Human Rights, an MA in European Public Law and Politics with the co-operation of the Centre for European Constitutional Law, an MA in Criminal Law and Addictions jointly with Aristotelion University of Thessaloniki, an MA in Economic Law jointly with Hellenic Open University and a PhD program.

About the Centre for European Constitutional Law – Themistocles and Dimitris Tsatsos Foundation
The Centre for European Constitutional Law – Themistocles and Dimitris Tsatsos Foundation (CECL) is a renowned European research institute located in Athens. It is a non-profit organization founded by the late Professor Dr. Dr. h.c. mult. Dimitris Th. Tsatsos in 1995 that aims to promote the development of democratic institutions and the welfare state; to deepen European integration; and to strengthen international cooperation under the principle of respect to the cultural identity of each state. The specific objectives of the CECL are to undertake theoretical and applied research in the fields of Greek, European and comparative public law and public policies; to provide institutional know-how and capacity-building to public bodies in Greece, developing countries and member-states of the European Union; and to promote public awareness on developments in the European area. Its main activities include academic research; implementation of institution and capacity building projects; consulting; training; organisation of conferences, workshops and meetings; publication of monographs, studies and collective volumes; and participation in research networks. The CECL enjoys special consultative status to the Economic and Social Council of the United Nations (ECOSOC) and participates with observer status in activities that fall within its areas of expertise.