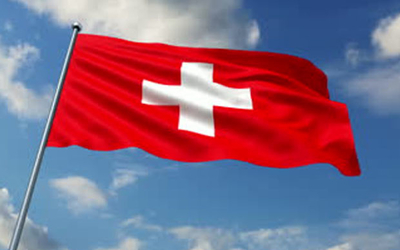 by Thomas Fleiner, Professor Emeritus of Public Law, University of Fribourg, Former President of the Executive Committee of the IACL

The voters decided to reject the popular initiative with the lowest turnout (33.7%) of the last 6 years.  At the same time, the majority of the voters adopted the law on the risk of money games.

The sovereign decided on this Sunday with two decisions. One decision was on a popular initiative for sovereign or plain money, the second was a referendum on the law concerning the risk of playing games with money.

First the decision on the popular initiative: Actually, money and currency are in the confederal responsibility (Article 99 par 1 of the Constitution). Switzerland has an independent national bank (Article 99 par 2), which has the on behalf of the confederation the obligation to serve the general interest of the country. According to the actual Article 99 of the Constitution, Switzerland has the sole and exclusive right to strike coins and to issue bank notes (Article 99 par 1 of the Constitution).  The National Federal Bank leads the monetary policy of Switzerland. (Art. 5 of the law on the National Bank[1]) Article 5 par. 2 of this law, guarantees all cashless monetary transactions and bank credits. The National Bank cannot provide any bank credits but it enables private banks to give credits. According to the new popular initiative, the Confederation would have the obligation to provide the country with money and financial services. However, the Confederation could deviate in the public interest from the principle of freedom of economy. The popular initiative prohibits private banks to give credits, which is in fact the core business of a bank. According to this popular initiative, only the Confederation can exclusively strike coins and issue bank notes. Actually, to this popular initiative the National Bank can and give credit money as a legal instrument of payment. This popular initiative prevents and forbids the private banks to issue any credit money[2]. As this popular initiative gives only to the national Bank the right to give credit to anyone, the Parliament and the Federal Council recommend to the sovereign to reject this federal popular initiative[3]. The Federal Council endorses the main idea of this initiative to prevent banks from financial crises. However, the Federal Council does not share the means to prevent financial crises. He supports means to guarantee the financial stability, which are less radical. The core business of the banks are credits. The security for clients has improved. The initiative would centralize the National Bank new competences. The traditional stability of the traditionally recognized Swiss Financial System would be in danger. For all these reasons the Federal Council and the Parliament rejected this initiative.

2nd the Referendum against the law on money games. This legislation regulates hazardous games with money. Money games are for many people a risk, however, at the same time they are a popular amusement. However, any games with money include various hazards. Those who are gaming with money should respect Swiss law and contribute to the public interest. The federal Council supports this law. It supports mainly that Switzerland is sovereign and the money stays in Switzerland. This law brings money games into the age of the internet. The players of money games do not have to pay taxes up to one million francs (Article 119 of the law). However, they have to contribute to the AHV (pension for old people) and IV (Pension for Handicapped Persons)[4]. The opponents pretended that this law is a new censorship of the internet. Branches need no additional protection of the state. Any ban of the internet is a most heavy encroachment of the personal liberty.

It must also be noted that the voters of the canton of Valais decided no on future Olympic games.

[2] See the initiative on https://vollgeldinitiative-nein.ch/darum-geht-es/

[3] See the French version of the explications of the federal Council: https://www.admin.ch/gov/fr/accueil/documentation/votations/20180304.html