Decisions of the Swiss Voters and the Majority of the Cantons on September 24, 2017 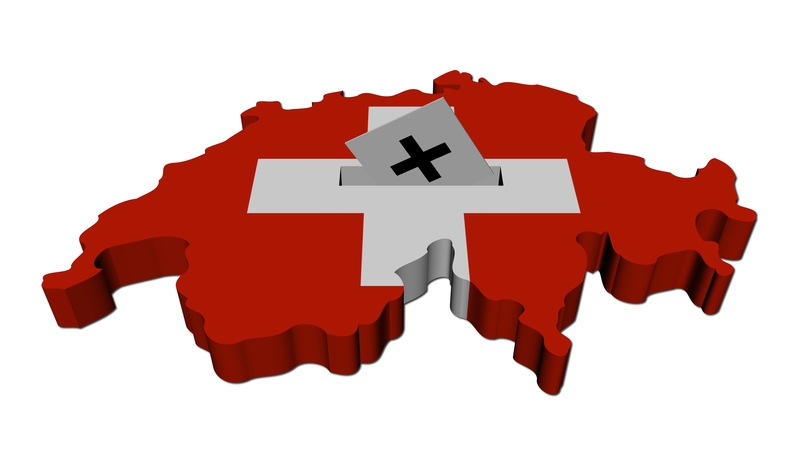 On Sunday September 24 2017, the Swiss voters decided on the following issues. The sovereign (majority of the cantons and the voters) accepted a new article 104 a concerning enough foodstuff supply with 78.7% and rejected a new Constitutional provision for a new value added tax with 52%. This concerns Article 130 par 3ter and quater (including the transitional provisions 196 par 6 and 7 linked to Article 130 of the tax amendment) tax, which supports the institution for old age survivors. The majority of the voters did also reject the legislation concerning the retirement arrangement 2020 with 52.7%. The turnaround was 46.7%. Almost all German-speaking cantons rejected a new added-value tax. Of the German-speaking cantons only Bale-town, Bern and Zurich accepted it. The French speaking cantons and the Ticino accepted it.

The proposal for a new Constitutional Article 104a concerning a guarantee for nutrition for Switzerland is a counterproposal of the Parliament (both chambers). Based on Article 73 of the law on political rights the initiators of the popular initiative decided to withdraw from their popular initiative on the 14 of March 2017 because they are of the opinion that the proposal of the Parliament is almost identical with their popular initiative. It supports important issues concerning the guarantee for nutrition for the Swiss peoples. This counterproposal maintains the impact of the direction of the actual agrarian policy and does not change the Constitutional competences of the cantons in particular with regard to the cantonal competence of cultivated land. The Swiss population needs to have sufficient affordable imported or domestic nutrition. For all these reasons, the Federal Council and both chambers of the Parliament recommend to the voters to accept this proposal.

The second issue concerns the most controversial reform of the retirement provision 2020. With regard to the Constitutional amendment, the Parliament proposes a new value added tax. According to Article 3 of the Constitution, the cantons have in principle the power to levy taxes. In principle the Confederation has no power to diminish the fiscal tax substrate with own taxes and thus diminish the income of taxes of the cantons. Generally, the Constitution limits the power of the Confederation to levy taxes to the end of 2020 (Article 196: Transitional provisions par 14). With the actual proposal, the Parliament proposes to the sovereign a new value added tax to support the increasing financial deficit of the old age insurance institution. The Parliament elaborated also a new legislation for the retirement provision 2020. However, some more than 58.000 people required against this law a referendum. While a Constitutional amendment needs for the acceptance a majority of the voters and of the cantons, the legislation needs only a majority of the voters in order to be accepted (Article 141). According to this most controversial issue, the German-speaking economy is against the reform, while the French-speaking economy supports it. In the Swiss French speaking part, the left wing people have asked for the referendum with 58.000 signatures. They oppose the reform, while the German-speaking socialist support it. In the end only the majority of the voters but not of the cantons decide, whether they accept this law.

The law on the retirement provision 2020 belongs to the most important social achievements of Switzerland. Essentially, it provides the following reform. The basic pillars are the old age pension provision and the occupational pension scheme. As the financial deficit of the insurance increases in future years, the guarantees of the pensions are in danger. After 20 years without comprehensive reform, the retirement provision needs to be adapted to the future demands. Within the next years, the strong nativity age groups of the 50ies and 60ies will reach the pension age. This gain will raise strongly the costs for the retirement provision. In addition, one has to take into account that older people live longer and thus need longer time to receive their pension. For these reasons, the balance of income and expenditures for the retirement provision is in danger. The consumers will consume the fortune for their retirement provision and the institution cannot any more guarantee the pensions. This reform adapts the old age insurance and the occupational insurance to the needs of society. Within the occupational pension scheme, the employed saves their own pension. Actually, the legislation does not provide a redistribution for the employed. Employees have to partly finance their pensions. The reason for this are the low interests and the raising life expectation. This reform adapts the old age and the occupational insurance to the needs of the society. The most important aim of this reform is to maintain the legal guaranteed old age pension. This reform adapts the retirement provision 2020 to the needs of the people. The new legislation enables a gradually a flexible retirement between 62 and 70. In particular, those, who are older than 65 years can improve their pension. Skilled and old age persons will be more attractive for the economy. This reform sustains a homogeneous age of reference for men and woman. Gradually the law reaches the same age of reference for men and woman. Woman gradually achieve the reference age between 2018 and 2021. The law provides to close the financial gap for the retirement provision (AHV) with two measures: The retirement institution receives the total income of the benefit tax, which was partially already in favour of this institution. The confederation resigns to its part. From 2018 on, the institution for retirement receives 0.3 percentage points. This percentage will raise to 8.3 percent in 2021. For these reasons, the value added tax will raise from 2021 on to 8.3 percent. With regard to the occupational old age pension, it is the transformation rate, which determines the amount of the pensions. Actually, the rate is 6.8 percent. The legislation proposes diminish gradually this rate in for steps to 6 percent between 2019 and 2022. The Confederation can achieve such aim by four different measures: The legislation determines the rate of 6%, which should not fall below. Nevertheless, the law maintains the level of the pensions. The following compensation measures of the occupational insurance and the old age insurance guarantee such aims. To keep the balance the legislation guarantees to the insured the wage and the old age credit entry. Both measures combined have the effect that individual persons get a higher asset, when they achieve the pension age. The other part of compensation happens with a higher pension of 70 francs per month or 840 francs per year. In addition, the legislation provides also a higher pension for married people. Married people thus receive at least 140 francs but not more than 226 francs per month. For the first time since more than 40 years, the contribution for employers and employees raise to 0.15% for each. Those higher contributions are necessary after 2021 to maintain the balance of the financial situation of the insurance institution. The reform has no impact on the actual pensions. Hitherto, the pensions shall adapt to the inflation and to the development of the wages.

The opponents are against the higher pension rate for women, which will be 65. They argue, that there is no reason, why women as employees should struggle. This measure is not justified by the equal treatment of men and woman. The measure is only an excuse. Such measures would raise unemployment in future disadvantaging for youngsters. For jobless people over 55 it is extremely difficult to find a new job. Such measures would in fact prepare the next phase to raise the pension age to 67. These measures do not improve the situation of the actual pensioners. The value-added tax as one of the most antisocial tax would degrade even more the situation of the poor people. Even for future pensioners, the law for retirement 2020 does not even guarantee the level of their pension. For women it is most obvious. Their average pension is about 2000 francs per month. If they would get the AVS pension one year later, they would lose 24.000 francs. With the surcharge the amount of 70 francs provided by the law they, would need to get 94 in order to balance this loss.

The Federal Council and the Parliament argue they both worked for five years in order to get a new stable retirement provision with social advantages. If this balanced and fair compromise fails, nobody would find within beneficial terms a solution, which is capable of winning the majority. Without countermeasures, the deficit of the old age institution raises each year. In addition, the problems of the second pillar remain undissolved. For all these reasons, the Federal Council and the Parliament recommend the voters to accept the benefit tax of Article 130 par 3ter and par. quater of the Constitution as well as the law on retirement 2020.