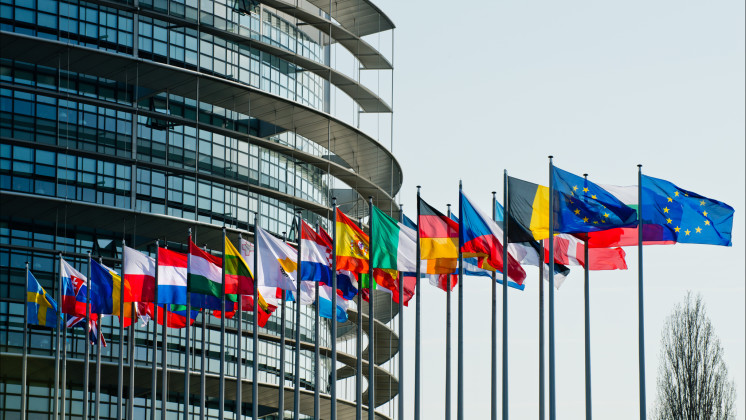 Within the framework of the EU, it is possible to identify parallel legal developments that deserve close attention. We are referring to the specific reality represented by the “Treaty establishing the European Stability Mechanism” (2nd of February 2012), the “Treaty on Stability, Coordination and Governance in the Economic and Monetary Union” (2nd of March 2012), closely linked to the “Pact for the Euro”– endorsed by the Heads of State or Government in March 2011-, and the “Compact for Growth and Jobs”, agreed by Heads of State or Government at the European Council in June 2012.

One of the fundamental goals of the aforementioned Treaties, which were ratified by a considerable number of Member States, is to provide the EU with a more solid economic structure. Among other relevant aspects, these Treaties enact the obligation of Member States to effectively limit their own structural deficit; they confer power to the European Court of Justice to verify their compliance; they introduce mechanisms for the coordination and supervision of public debt issuance, as well as for the reinforcement of the economic governance in the euro zone. However, this set of regulations has not yet been inserted within the EU founding Treaties.

The economic crisis has revealed problems, such as the structural imbalance of some European countries, and the crucial interdependency of different European economies. In general terms, the lack of a shared macro-economic policy has triggered negative consequences during the current economic and financial crisis. It is understood that a higher coordination of economic policies in the EU may likely help to alleviate these problems, as well as to foster job creation. Specifically, these Pacts aim to achieve a further clarification of the rules in order to both facilitate the coordination of the national policies, and to ensure more regular accountability and speedy procedures to impose sanctions.

In the case of Spain, the connection between such European developments and developments at the domestic constitutional level has been very clear. In particular, the reform of Article 135 of the Spanish Constitution, was intended to align the Spanish legal order with the requirements of the “Treaty on Stability, Coordination and Governance in the Economic and Monetary Union”, which establishes (Art. 3.2) that its budget stability rules should take effect in the national law of the Contracting Parties through provisions of binding force, preferably constitutional. Furthermore, this constitutional reform also aimed to provide a legal framework that could lend credibility to Spanish fiscal policy in the long run, in a context (summer 2011) where the risk premium had soared to 300 basis points. Therefore, the mixture of short and long term interests fostered an “express” constitutional reform, which did not involve a referendum and lacked, in general, proper deliberative social or parliamentary debate.

Abstracting from this particular Spanish case, the peculiar procedure applied in the conclusion of these Treaties is noteworthy. Although these reforms were enacted outside the amendment procedures of the Founding Treaties (Art. 48 TEU), they nonetheless implied the attribution of competencies to the European Commission and to the Court of Justice. This scenario raises a number of legal and institutional questions: what is the relationship between these new Treaties and EU Law? What are legitimate grounds for the adoption of the Pacts outside the of EU law? What will the likely consequences be of this fact?

Had all Member States agreed on the suggested amendments of the seventeen Members of the Eurozone, these reforms would have been incorporated within the Founding Treaties of the EU. Clearly, it was the impossibility to reach an agreement that justified their enactment outside the conventional procedures of EU Law.

It seems evident that if these Treaties entailed an open modification or contradiction of primary law, it would imply a breach of the EU Law. However, in the rest of the cases, it could be held that these norms serve as a complement or addition to the EU Law. Ultimately, these Treaties should be interpreted as provisional and urgent rules justified by the particularly delicate nature of Europe’s current political and economic climate. They have ramifications on EU institutions and policies and, therefore, they should be inserted within the founding Treaties of the EU.

Taking all the above into account, can we thus talk about an implicit reform of EU law? Will these amendments be subsequently incorporated into an eventual explicit reform?