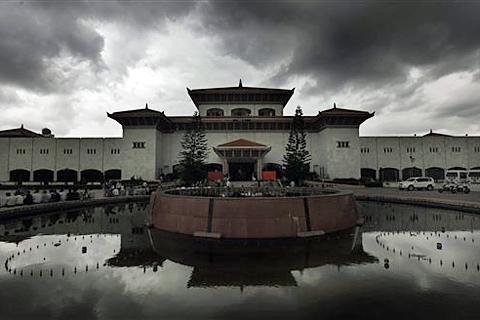 Nepal and Spain are separated by more than 8,000 km and they have very different societies and cultures (although I think that the origin of the Spanish flamenco is not so far from Kathmandu). However, Nepal has taken a decision similar to that of Spain almost 40 years ago: to change the unitary State into a federal one. For this reason, I think the Spanish experience maybe useful in Nepal’s present constitutional debate. I will summarize this experience in five ideas that can be applied to Nepal, without committing to many mistakes due to my limited knowledge of the reality of the Himalayan country.

1. I shall start by talking about history. The first time that Spain had an opportunity to adopt a Constitution was in the early nineteenth century. The liberal constituent assembly was then very clear as to its model of state: the French Unitarian State, to such an extent that the Constitution of 1812 introduced the principles of this type of State, beginning with the proclamation of one legislative power and the ‘unity of codes’, which entailed the disappearance of the self-governing and legal institutions of the Basque Country as well as the civil rights of Aragon and Catalonia. At first, the only ones to oppose the unitary State were the sympathisers of the Ancient Régime, (as their war cry shows: ‘God, country, king and regional laws)’. But as the 19th century passed, various liberal sectors were considering the possibility of organizing the State in a different way, although without abandoning the principles of national sovereignty, equality of all citizens and the single market, the basic ideological foundation for the unitary State. During the next two centuries they tried out several formulas in this direction, from the partial restoration of the Basque regional government in 1839, to the integral federal States of the Second Republic in 1931, but this contrasted with the rigid centralism of Franco’s dictatorship from 1936 to 1975. Perhaps because of this centrality of the right-wing dictatorship, autonomy has enjoyed great prestige in democracy, as we say, with the sociologist Thorstein Veblen, which is a word “honorable”, which means a value shared by most society. But still, the left has been all these years in favor of decentralizing in contrast to the right. This is an exception to what we may call comparative federalism, where liberals tend to be more inclined to strengthen the central government and the Conservatives the rights of member states. America is the example we all know.
So I think the first conclusion we can draw from the Spanish experience of decentralization is that it is a technique of political organization that, as far as possible, should be stripped of ideological content and study from a technical point of view, what is more favorable for the good government of a country: federalism or centralism? The question does not have a categorical answer. It depends on each country and each era obviously, and following the example of American federalism in the nineteenth century, say that of Jefferson and Madison, is very different from that imposed by Franklin D. Roosevelt in the twentieth century.

2. The 1978 Spanish Constitution was approved with the support of all major political groups in the Constituent Assembly and won more than 90% of votes in favor of the deputies and senators. It was also supported by more than 15 million Spanish men and women, 88% of voters. This political and social consensus meant a change from the first seven constitutions of our history which had been approved only by the majority and were, therefore constitutions of one party and not of all. This almost unanimous support has allowed democracy to work reasonably well in Spain, so that parties of different ideologies have won the elections and have been able to govern without having to change the constitution that belongs to everyone and not to only one party. I believe this constitutional arrangement was possible for three reasons, which may be of interest to Nepal:
1) The memory of the bloody Civil War 1936-1939, which led to the constituent framers to seek agreement so that a confrontation would not recur.
2) The idea that there are two kinds of politics: constitutional politics, which should be governed by the rule of consensus and everyday politics, which should be governed by the rule of the majority.
3) The fact that the draft constitution was written by a commission of only seven people, representing all parties. With so few “framers” who discussed the whole text, it was possible to reach a global agreement as each of the participants had much room for negotiation. I think that dividing the draft constitution into various parts and attributing them to several working groups, may be technically more democratic, but makes agreement more difficult. Here of course, I also speak from my experience in Bolivia, where I had the opportunity in 2007 to advise the Constituent Assembly and saw how this system of several study groups did not help consensus, in fact it was impossible to achieve.

3. Without wishing to be more precise, it could be said that in the constituent assemblies of 1977-1978 all the forces showed themselves to be against the unitary State. But apart from that, the various political groups had little in common, thus resulting in the constitutional design of an autonomous State, an original Spanish creation, that declares in the constitution that Spain is an autonomous state but does not set out explicitly the territorial distribution of political power. Therefore, the Constitution does not say how many autonomous communities will make up the autonomous state, but using the “dispositive principle” to create these communities through the development of a “Statute of Autonomy”. So the Constitution did not establish a territorial map but remitted the matter to a later date, through the creation, basically, of two processes to achieve autonomy, with two different levels of autonomy.

The fact that the Constitution does not contain a map of the Communities, but that this was obtained later through the initiative of the municipalities and county councils is an idea that no Spanish specialist would recommend to any other country; it brought about a race for autonomy in the territories that wanted to participate, as we sometimes say that there was a “autonomous fever” “which resulted in 17 Autonomous Communities plus the Autonomous Cities of Ceuta and Melilla; these communities are far from homogeneous both in size and population. Such heterogeneity is not precisely a rationalizing factor to help the better functioning of the public powers. No doubt, had the Constituent Assembly itself agreed the map, the number of communities would had been reduced to 13 or14, which would have been bigger and with less social and economic heterogeneity than today.

4. The Spanish Autonomous State was designed mainly to satisfy the desires of constitutional self-government of Catalonia and the Basque country, to integrate the centuries-old claims of its nationals in the Spanish institutional fabric. Second, the autonomous State was also designed to transform the centralized organization into a decentralized state, proclaiming that more efficient and closer to citizens. And as it had two different purposes, what we call organization and integration, two kinds of autonomy were designed, the nationalities and regions. Therefore, an asymmetrical federalism was created. However, this dual design was only implicit in the constitutional text, but as I said in the previous section there was no map in the Constitution.

In later development the Basque Country and Catalonia were able very quickly to achieve, in 1979, a wide autonomy, but the political forces in other territories did not want to be lesser, hence, between 1981 and 1982 fifteen approved statutes of autonomy taking the first two as their models. This ’emulation effect’ is something, moreover, well known at the individual level by social psychologists and economists: “Not to be outdone by the Johns.” In the case of the Spanish state it was assumed that the original design of two types of communities would be changed by a homogeneous development of all the autonomous states: all would have similar legislative powers and competences. In Spain we call that similar distribution of political power throughout the territory, “one size fits all.” Of course that did not please the nationalists in Catalonia and the Basque country, claiming their “differential factor” as justification to increase their autonomous powers above the rest. And every time they did so, which has happened on several occasions in the last thirty years, other communities demanded a similar level of autonomy.

The most relevant aspect of this race, one to go forward and the others not to be outdone, has been the case with the new Statute of Autonomy of Catalonia of 2006, advancing both the autonomy of the Community where certain articles exceeded the constitutional framework. This has, so far, been followed by six other communities. With the current economic crisis Spain is suffering, not a few people and scholars believe that the central government has lost tools to address this crisis properly and that the autonomous State has advanced so much in the dispersion of power that it has become ineffective, especially when creating barriers to the existence of a single market. In 2013 the Catalan government made a spectacular U-turn of their claim for greater autonomy within Spain, now seeking instead the total independence of Catalonia, and has pledged to hold a referendum on the matter in November 2014. With that, the feeling that the autonomous State has failed has increased in many Spaniards as it shows that the Autonomous State has been unable to meet the demands of the nationalists.

The conclusion we can draw from the Spanish experience of comparative to federalism and which perhaps may be applicable to Nepal in view of the demands of some parties, especially Madhesi parties, is that an asymmetrical federalism may be useful in states where the desire for self government is not evenly spread throughout the country. Now, if there is no express provision in the Constitution and, instead, it is conceived as a subsequent process, then we create a competitive dynamic towards greater autonomy that tends to last longer and it is very difficult to stop.

5. Federalism has a number of techniques that make possible the coexistence of different political powers in the same territory: the system of division of powers between the Federation and the states, the creation of a Constitutional Court to legally resolve the inevitable conflicts that arise between authorities, cooperation between levels of government, the funding system, etc. Above all we already have extensive experience in Spain that perhaps could be useful to Nepal at some particular point, but I think now is not the time to go into detail. It seems relevant to refer to something that is very useful for the proper functioning of a compound state which is not in legal documents but in the hearts of men: the “federal culture” also sometimes called federal loyalty. This means that any public power, when taking a decision, must be very respectful of the competences of the other spheres of political power. Moreover, there must be an awareness of the power distribution as far as possible. And not just what it says in full compliance with the letter of the Constitution but also taking its spirit, even of a territorial form: if you create a Constitutional Court or a Central Bank it is a good idea to do as in Germany, placing them outside the federal capital. If the judges of the Court have to be chosen, some of them must represent the sensitivities of the Member States of the federation, etc.
To put it in one sentence, with which I close my statement: No doubt the legal rules are necessary for the federal state of law to exist but you also need a federal culture to maintain it.