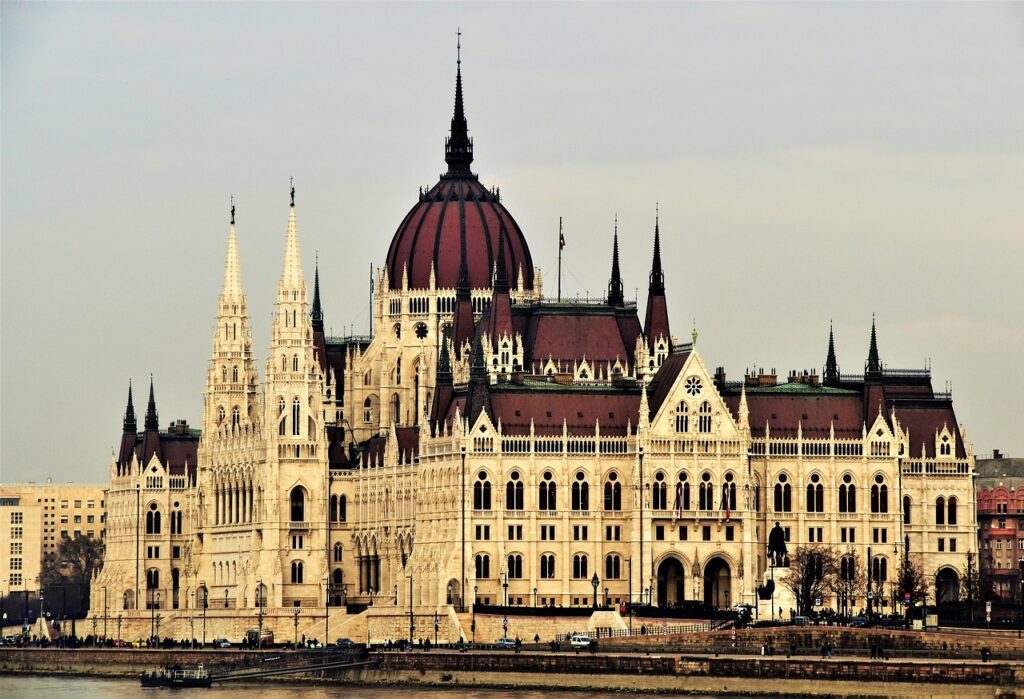 This short note argues that the term illiberal constitutionalism shall be used when describing the constitutional system of a particular state in the process of backsliding from the state of constitutional democracy towards an authoritarian regime.[1] The main argument of those who oppose this term is that constitutionalism cannot be anything else but liberal. Neither Hungary nor Poland can nurture constitutionalism anymore because there are no effective constraints on public power.

Ginsburg and Huq describe pure authoritarian regimes as countries in which there is a complete absence of effective political competition and power cannot be lost in elections.[2] Tóth contrasts authoritarian constitutional systems with illiberal democracies and liberal autocracies. He lists five defining elements of authoritarianism (ruler, façade constitution, hegemonic voting practices, shortfall of institutional check, and restricted individual and collective rights),[3] which partly coincide with the description of Puddington. Puddington defines modern authoritarianism as a system mimicking to be something else (especially less authoritarian) and warns that the modern authoritarian system sometimes reverts to the methods applied by their former counterparts.[4] Both of them seem to include Hungary and Poland under the label of (modern) authoritarianism.

Despite these classifications, and even though Hungary has recently been labeled as partly free by the Freedom House, the democratic degeneration of the system has not reached the extent of that of Turkey or Russia, the two countries commonly mentioned together. It is understood by Frankenberg who views authoritarianism as a wide range of autocratic practices that add up to regimes of governance and describes Hungary’s regime, the Orbanism, as a ‘temptation of authoritarianism’.[5] Along this line, quantitatively, neither Hungary nor Poland is in as bad shape as Turkey or Russia but, admittedly, they are doing worse than their European counterparts. Having a look at the WJP Rule of Law Index, we can detect some distinctive differences between them, on the one hand, and Russia and Turkey, on the other hand.

Source: author based on the website of the WJP

On the other hand, Singapore, which features authoritarian constitutionalism, obviously performs better than Hungary at the WJP Rule of Law Indexes; but, according to the EIU Democracy Index and the reports of Freedom House (Table 2), it does not do the same in other fields. The reason is that in authoritarian constitutionalism, liberal freedoms are protected at an intermediate level, elections are reasonably free and fair, and there is a normative commitment to constraints on public power. Against this background, Mark Tushnet speculates that the ‘normative commitment to constraints on public power’, which he extracted from the ‘description of how constitutionalism operates in Singapore, might be a truly distinguishing characteristic of authoritarian constitutionalism’.[8] This claim is supported by the WJP Rule of Law Index as well: Singapore overall score is around 0.8, and it scores in the subcategory of constraints on government power between around 0.7 (with a range of 0.77 and 0.69), which makes it a better performer than Hungary (Table 1). If we have a look at the other indexes, measuring democracy and human rights, on the other hand, Hungary and Poland still performs better. According to the EIU Democracy Index (2006-2016), which designates countries as full democracies if they score between 8 and 10, Hungary and Poland are flawed democracies, Turkey has been a hybrid state, while Russia transformed from hybrid to authoritarian (2011), and Singapore has gradually upgraded from hybrid to flawed democracy (2014) In the measurement of Freedom House, Hungary and Poland score 70 and 84 respectively, while the aggregate scores of the other countries are: 20 (Russia), 31 (Turkey), 51 (Singapore); Hungary and Singapore is labeled as partly free, Poland is free, and the other two states are not considered to be free states.[9]

Qualitatively, Hungary and Poland accommodated (liberal) constitutionalism for a while, unlike for instance Singapore or Venezuela – other countries with which they are usually mentioned together.

Without going into details about how the party system looks like (e.g., in Singapore and Russia), how elections are manipulated not only by regulatory means (Russia and Turkey), how free speech is infringed by harassment and bringing criminal charges based on bogus allegations, and using violence (Singapore, Russia and Turkey),[10] it seems to be evident that there is not only a quantitative but a qualitative difference between Hungary and Poland, on the one hand, and Russia, Turkey, and even Singapore, on the other hand. Nevertheless, it is also true that the Singaporean type of ‘normative commitment to constraints on public power’ is, to a certain extent, missing in both Hungary and Poland.

Nevertheless, there is a weak but tacitly existing constitutional constraint on the public power, which is the EU law, even though it has partly failed: its value defense mechanisms have not worked so far. The mere existence of EU law and its admittedly flawed implementation at the legislative level but the everyday application by adjudication bodies may have influenced and kept away the illiberal politicians from leading their countries into authoritarianism even faster. Illiberal constitutionalism must respect, to the desirable extent, the EU law, which apparently functions as an internal and implied constraint. This type of constraint only exists within the EU. Thus, it follows that the new system in Hungary and Poland could be labeled neither (modern) authoritarian regime nor authoritarian constitutionalism.

Populist constitutionalism[11] is not considered to be a legal concept but mainly a sociological phenomenon. So as such, it is a sociological characteristic of the constitutional system, and it forms the sociological basis for either an illiberal or an authoritarian regime. Populism is a political program, movement, ideology or worldview, or a governing style. It is also viewed as a form of extreme majoritarianism, being democratic but not liberal democratic, a critique of elites and a claim to be the sole, authentic representative of a single, homogenous, authentic people. It could lead to authoritarianism.[12]

Both abusive legalism and autocratic legalism, similarly to abusive constitutionalism, refer to the use of law by autocratic leaders in a particular constitutional system. Abusive legalism features Singapore and Hong Kong where the ordinary law is used in a way that seems to be consistent with the formal and procedural aspects of the rule of law to frustrate the rule of law and consolidate power.[16] Autocratic legalism in Venezuela embodies the use, abuse and non-use of the law in service of the executive.[17] It is also used to describe how consolidated democracies are transforming into ‘autocratic constitutionalism’.[18]

All of these terms and their conceptualization offer a valuable contribution to the description of how illiberal constitutionalism or degradation to an authoritarian system (Venezuela) has been achieved, but say little what the created systems are about.

Hungary and Poland stand out among states in democratic decay and are noticeably different from existing authoritarian regimes. This does not mean that no increasing authoritarian tendencies can be observed in both countries. What is argued here is that Hungary and Poland are not there yet, mainly because they are still members of the EU which, notwithstanding its failures, imposes particular political albeit rather weak legal constraints on the Hungarian and Polish political leaderships.[19]

[2] T Ginsburg and AZ Huq, How to save constitutional democracy? (The University of Chicago Press, Chicago and London, 2018) 22-23.

[19] T Drinóczi, ‘The European Rule of Law and illiberal legality in illiberal constitutionalism: the case of Hungary’, MTA LWP 2019/16, https://jog.tk.mta.hu/uploads/files/2019_16_Drinoczi.pdf