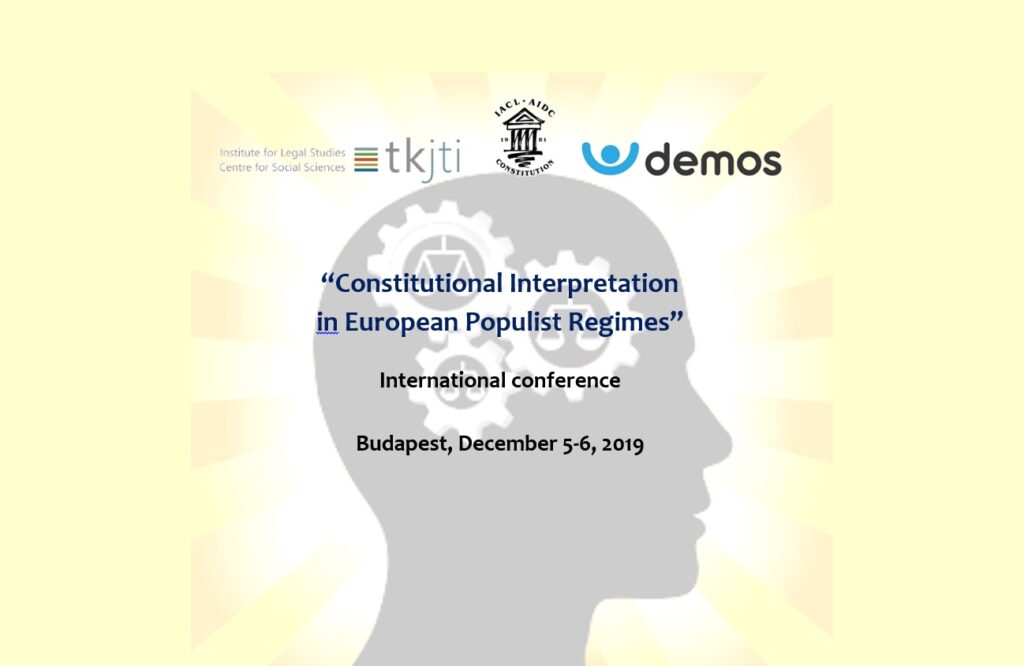 Organised by the IACL Working Group on Constitutional Interpretation, supported by the EU H2020 project DEMOS (Democratic Efficacy and the Varieties of Populism in Europe), the Hungarian Academy of Sciences, and the Centre for Social Sciences, Institute for Legal Studies

The possibility of autochthonous methods of constitutional interpretation

The rise and fall of judicial activism in the Czech Republic

Use and misuse of European frameworks: legal transplants and the ‘European constitutional dialogue’ in the case law of the Hungarian Constitutional Court

Whatever works: Constitutional interpretation in Poland in times of populism

Constitutional Interpretation: What can Europeans learn from the US debates?

Populism, UK Sovereignty, the Rule of Law and Brexit

Formalism and judicial self-restraint as tools against populism? Considerations to recent developments of the Austrian Constitutional Court

Please send an email indicating your intention to attend the conference with your name and affiliation at szilagyi.emese@tk.mta.hu. Registration is free of charge.