Is Portugal living on a constitutional edge? 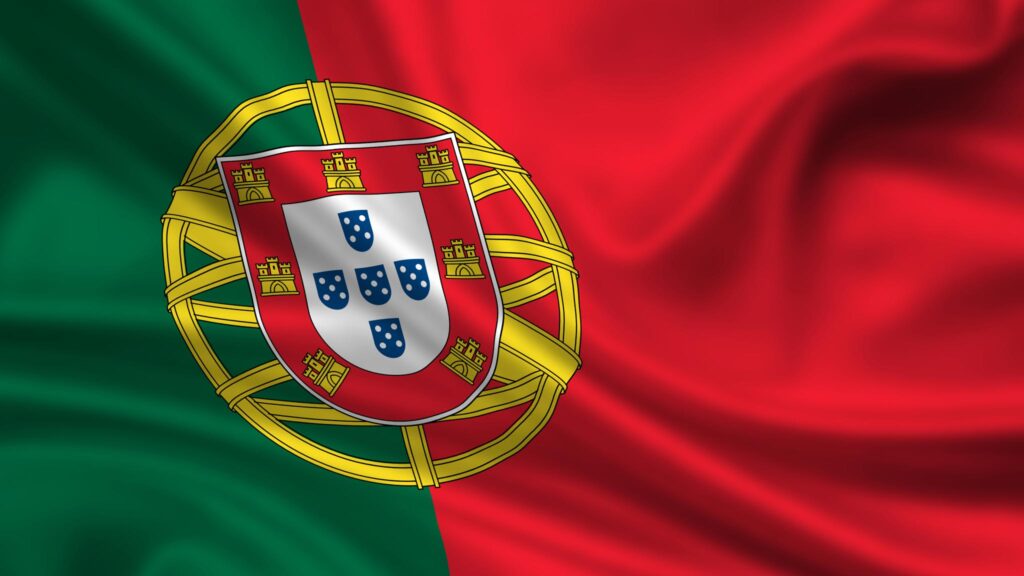 by Jónatas E.M. Machado, Faculty of Law of the University of Coimbra, Portugal

“There’s something wrong with the world today. I don’t know what it is. Something’s wrong with our eyes”
Aerosmith, Living on the Edge

Last October 4th, Portugal had its general election. After four years of painful economic austerity, the people was called to pass judgement on the center-right coalition which ruled the country during the troubled Troika years. Surprisingly, the “Portugal Ahead” platform of Passos Coelho and Paulo Portas, the leaders of the ruling coalition parties (Social Democratic Party and the Democratic and Social Center/Popular Party), ended up winning the election, albeit with little less than 37% of the votes.

Their victory meant the defeat of the Socialist Party and its leader Antonio Costa, who had served as the Mayor of Lisbon. Many expected he would resign after getting only 32, 3% of the votes. It must be remembered that he had ousted the previous socialist leader, António José Seguro, claiming that his victory in the May 2014 European Parliament election had not been good enough.

Many people thought that only a very incompetent Socialist Party leader could have failed to win the election against a ruling coalition that the majority of people saw as arrogant, socially insensitive and even more fiscal fundamentalist than the Troika itself. However, it is true that the recent figures on debt interest rates and economic growth generated the impression that the tough fiscal medicine was starting to have a positive effect, creating unexpected difficulties to the Socialist Party. Besides, competition on the left hand side of the political spectrum increased, with the Left Wing Block (a Syriza type party) gaining some ground.

Surprise, surprise! António Costa, the Socialist Party leader, not only did not resign, but even started behaving as if he had won the election. He suddenly realized that he was the keystone in the political arch of governability, without which any cabinet solution, right or left, would simply be impossible. As he started to get positive and encouraging messages from the left, meaning the Left Wing Block, the Communist Party and the Greens, he understood that these parties were giving the election over to his own Socialist Party. When facing the TV cameras a couple of days after the election, Antonio Costa’s sparkling eyes betrayed a sense of a newly regained self-confidence, of the “amazing grace-type”. He was lost but now was found.

From an abstract mathematical point of view, the parliament’s political factions are also numerical fractions which can be added to one-another. It is true that politically speaking, an agreement between the Socialist Party and the other left wing parties seemed impossible. It had never been accomplished. The socialists are clearly pro-European having subscribed to the European Fiscal Compact. They are close to the spanish PSOE, the French Socialist Party or the German SPD. The Communist Party, the the Greens and the Left Wing Block are Euro-skeptics, of a modern and post-modern persuasion. In their view, the European Union, as it is, is nothing but a capitalist construct designed to serve the political and economic interests of the most powerful and oppress the majority of the population. To be a viable enterprise, it must be thoroughly reformed. The European financial crisis, in which taxpayers were called to bailout banks, is considered sufficient evidence of that. The Greek case is presented as exhibit A. Mathematically speaking, though, it is always possible to add fractions even when they have a different denominator. From a strictly algebraic perspective, a left wing coalition would count with an absolute majority of the seats in Parliament.

The political viability of this form of this electoral mathematics has to be assessed against the background of the Portuguese constitutional form of government and its systemic and temporal constraints. In Portugal, both the Members of Parliament and the President of the Republic are elected by direct universal suffrage. The Portuguese President is not the Chief Executive, as in France, nor a mere ceremonial figurehead, as is practically the case in Austria. The Portuguese President is a constitutionally autonomous institution, whose incumbents are used to actively rely on their own democratic legitimacy.

However, the real nature and extent of the constitutional powers of the President is open to different interpretations, including by each particular President. Some hold a more hands-off approach, while others support a more hands-on approach. For instance, in July 2004 former Socialist President Jorge Sampaio dissolved the Parliament when there was an absolute majority, comprising the current center-right coalition parties, because he was convinced that the Prime-Minister of the day and his Cabinet lacked the necessary political and institutional credibility. This goes to show how subjective and controversial the political moves from the President can be.

In the current situation, President Cavaco Silva, a former Economics Professor, is coming to the end of his term of office, and the Constitution prevents him from dissolving the Parliament in the six months before the corresponding date. What’s more, the Constitution prohibits a dissolution of the Parliament in the first six months after a general election. This leaves the President with reduced options. Any cabinet he appoints will need the support of a majority of the current Parliament. Leaving the country in automatic-pilot with a management government doesn’t look like a serious option.

According to the Portuguese Constitution, the President of the Republic appoints the Prime Minister after consulting the parties with seats in the parliament and in the light of the electoral results. This constitutional framework creates an open playing field in which several courses of action are possible. After the closing of the ballot count, the current President, Cavaco Silva, used his political margin of appreciation to make a vehement speech in favor of a government led by the “Portugal Ahead” center—right coalition, hopefully with the express or tacit support of the Socialist Party. In his view, which he later reiterated, a left wing government could bring on the wrath and the distrust of the markets, along with the resulting financial havoc. This move backfired, though, being interpreted by the left wing parties as downplaying the importance of democracy, voters, minority parties and Parliament itself. It only strengthened the will of the left to come up with an alternative solution and restore the institutional balance of power in favor of the Parliament. Being an Economist, one would expect President Cavaco Silva to be a little more versed in game theory.

A few days ago President Cavaco Silva appointed Passos Coelho as Prime-Minister. A new cabinet has just been presented and sworn in. After that, it will have 10 days to submit is government program to the Parliament. Its chances of survival are slim, since the left wing parties have already made clear that they will reject its program. The new government would only stand a chance if some socialist members of parliament would defect from the official party line and abstain. What will follow the almost certain fall of the cabinet is unclear. The President spent both his office terms stressing the need for more dialogue and agreement between the political parties. Now that the left wing parties are engaging in dialogue, negotiation and compromise, following classical parliamentary behavioral patterns, it would be hard to understand if the President would refuse to appoint a left wing cabinet led by the socialist leader António Costa just because this option had not been announced in advance to the voters during the electoral campaign.

After all, it is only natural that different political parties define their strategies of confrontation or cooperation as a reaction to a given political situation and with the available information. That is what deliberative democracy is all about. In the course of Portuguese political history, most coalition governments were the result of a post-electoral agreement. Far from being an anomaly, in the edge of constitutional law, this situation is fairly common in Europe. One can find governments led by parties which didn’t get the majority of the votes in several European countries.

A left wing cabinet including the Socialist Party, the Left Wing Block, the Communist Party and the Greens would certainly be a game changer. The left wing parties would be faced with real government responsibilities forcing them out of their comfort zones of easy criticism and cheap prophecy. However, it will most certainly be no easy task. These parties compete for votes within the same relevant political market, which means that an agreement between them will always be subject to unstable strategic calculations. Reaching and maintaining an agreement is nothing more than a political miracle.

What’s more, they have deep ideological divisions and areas of disagreement amongst themselves. Their position on the Euro is but one example. On the other hand, similar divisions can be found in some sectors of the right hand side of the political spectrum all across Europe. Besides, sharp criticisms to the Troika’s fiscal policy recommendations, far from being a the result of a radical left wing conspiracy, have been voiced by several moderate, sensible and competent economists, such as those of Paul Krugman, Joseph Stiglitz or Thomas Piketty.

The market forces and rating agencies may react negatively to the presence of the Portuguese communist party in a future cabinet. Still, the Socialist Party, a member of the Socialist Group in the European Parliament, remains strongly committed to the fulfillment of Portugal’s European fiscal obligations, and the other parties seem ready to comply. In any case, market forces were not particularly concerned when China’s corporations, ultimately subjected to the Chinese Communist party, took control of a substantial part of the Portuguese energy sector. Most probably, even market forces understand that we live in a complex world in which old categories, perspectives and fears are constantly changing and being replaced.

So far, what is going on in Portugal is not that different from what is happening elsewhere. In a day and age when Europe needs itself more than ever, European politicians should look around and understand the political, geopolitical, social and cultural implications of their economic and financial decisions. They should try to come up with sensible policies and communication strategies designed to avoid radicalization of different sorts, both left and right. In the end, we all have to learn to see the world as it is, even if we don’t fully understand it. That’s if we want to help ourselves from falling. Right now, that surely applies to the Portuguese President in the coming days or weeks.