Is there a need of a deep constitutional reform in Albania? 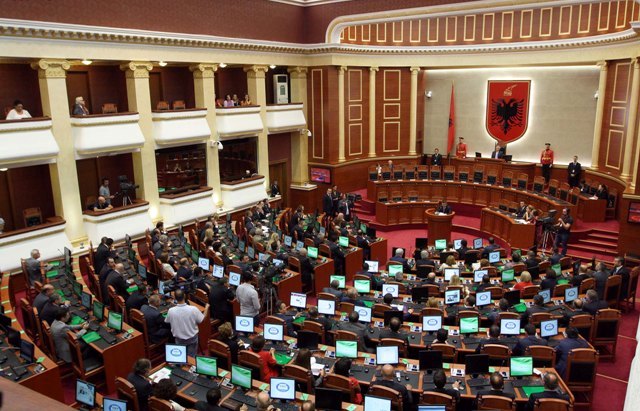 by Dr. Arta Vorpsi,  Legal adviser at the Constitutional Court of Albania

In November this year, it will be 16 years from the entry into effect of the Albanian Constitution. Lately, since the new election in June 2013 after which a coalition of Socialist Party and Socialist Movement for Integration came into power, there is a discussion regarding the need of a deep constitutional reform in Albania. The need to revise the fundamental document of the state may only be determined by political and institutional developments that have taken place during this period. In fact, Albanian constitutionalists, political actors and analysts, as well as representatives of some independent state institutions seem to concur that the Constitution should not be subject to frequent and partial amendments. In an effort to have the Constitution serve its final goal of constitutionalism, it is of vital importance that state institutions operate within the framework of a relatively stable (hence forseable) constitutional structure. On the other hand, the need for stability in the constitutional framework may not become an insurmountable obstacle for amendments to the fundamental document if and when these amendments are dictated by changes in socio – political mentality and values. An amendment that aims to improve certain technical aspects of the Constitution when current solutions have been proven as deficient, would also be justified, provided that they (the new solutions) do not compromise the overall system of checks and balances or the underpinning principles of the given constitutional model.

As a background, it should be noted that during the years since its entry into effect in 1998, the Constitution of Albania has been revised 3 (three) times. The first constitutional amendment took place in 2007 to change the term of office for the elected officials of the local government (from 3 to 4 years). However, the most important revisions were made in 2008. The 2008 amendments, agreed upon by both by the ruling coalition and opposition, modified the procedure to elect the President of the Republic, the procedure for the vote of confidence on the government and the term of office of the Prosecutor General. The third amendment, which took place in 2012, was a calibrated intervention aimed at relaxing the applicable regime of immunities for senior public officials in order to prosecute them in cases of corruption without any legal obstacles. As a matter of fact, most observers and analysts of the country’s political and institutional life converge on the point that the day-to-day functioning of constitutional institutions since the adoption of the Constitution has highlighted a discrepancy between the constitutional framework/principles and the reality of the country’s political and institutional processes. In other words, political actors have been inclined to stretch the interpretation of the Constitution to a maximum in order to adapt it to their transitory political interests. The venerable constitutional tenet according to which “The Constitution is a framework for political activity rather than an instrument for it” does not appear to have striken root in the mentality of the Albanian political class.

There are some ideas regarding the area of interventions such as: the perceived failure of the 1998 Constitution to sufficiently isolate independent institutions from political pressure at the hands of the political majority in parliament and government. Systematic crises that have occurred in the relations between the parliament and the Prosecutor General, the crisis in electing the Ombudsman, recurring difficulties in the process to appoint members of the Supreme Court and the Constitutional Court, the debated role of the President of the Republic in the appointment of other judges, ambiguities with regard to the right of the parliament to exercise oversight through committees of inquiry and the natural boundaries of such activity are only a few of the numerous examples provided by the constitutional chronicle of these 16 years in support of this finding.

Another possible route of amendments seems plausible and justified in view of the perceived inability of the Albanian parliament to exercise real and effective oversight on the government. Almost all users, observers, and analysts of our constitutional system converge in the assessment that throughout these years, since the entry into force of the Albanian Constitution, the Assembly has been a lot more a rubber stamper than a controller of the government activity, thus depriving the Albanian society of a vital process in a democracy (parliamentary oversight over the executive). Although, admittedly this state of affairs (diluted parliamentary oversight) is a pattern that affects all parliamentary democracies (unlike presidential ones where control on the executive by the legislative is more accentuated), especially systems with unicameral parliaments, in my opinion the inherent shortcomings of the system it is still possible to strengthen the Assembly’s oversight mechanisms within the current system of parliamentary democracy.

Another point of focus of the constitutional reform should be the failure of the 1998 Constitution to guarantee to the proper extent and in the proper way the accountability of the judicial power. This finding, which resonates to a large extent with the perception of the broader public, predetermines another major route of the proposed constitutional reform. Several observers and commentators opine that the 1998 Constitution has done a much better job in guaranteeing the independence of the judicial power than the accountability of this system. Finding the mechanism for a well functioning of the High Council of Justice (a body who elects and dismiss judges), assessing the ratio of its members is a move that appears justified particularly in the light of recent developments to transform the Supreme Court into a career court (a result of this development would be that the Parliament would be obliged to select candidates solely from the ranks of the judiciary) and the growing assertiveness of the judges to assume full responsibility on court administration.

Another direction of constitutional reform is predetermined by the evolving circumstances that have taken place as a result of the process of Albania’s integration into the European Union and NATO membership. Namely, in view of the ongoing process of European integration, it is necessary to amend the constitution to enable the automatic incorporation of EU law into our legal order. Likewise, also in the context of the country’s European integration process, is has become necessary to revise the constitutional norm that makes Albanian citizenship a precondition for the right to elect and to be elected, envisioning the right of citizens of EU member countries to participate as voters or candidates in local elections as foreseen by article 22 of the Treaty for the Functioning of the European Union.