Letter from the North: Europeanization as a Catalyst of Constitutional Change in Finland 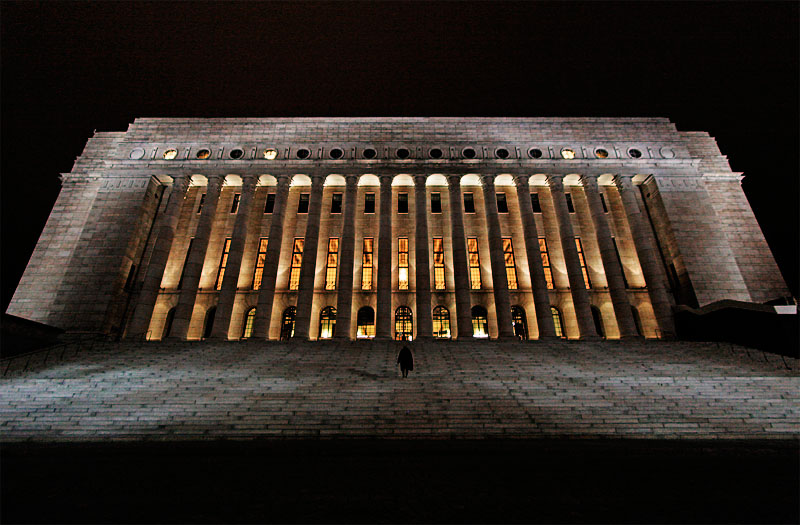 Memberships in modern-day international organizations and supranational constitutional orders are currently one of the main causes of constitutional change. This applies to both the formal constitutional amendments and to doctrinal changes.  Finland provides a neat but overlooked example of this trend.

To begin with, Finnish constitutional dynamic in recent years has largely, if not exclusively, gained its impetus from international human rights treaties, on the one hand, and EU membership, on the other hand. Moreover, these two sources of dynamics have not only brought about several amendments of the Finnish Constitution since the early 1990s. Such fundamentals as state sovereignty, the domestic system for the protection of fundamental and human rights and the division of powers between Parliament, the Council of State and the President, including the role of the judiciary, have also undergone a profound transformation.

Take EU membership, for example. On the threshold of EU membership, the Constitution of Finland assumed a very minimalist approach to integration and internationalization in general. Indeed, our Constitution was very introverted and domestic-oriented. Unlike many other national constitutions, the Constitution lacked a constitutional provision permitting limitations of sovereignty or the transfer of powers to international organizations, not to speak of the EU in particular.The EU Accession Treaty was brought into force by an exceptive enactment, allowing to adopt legislation that in substance conflicts with the Constitution without amending the text thereof, subject to the proviso that such legislation is approved in accordance with the procedure for constitutional enactments.Thus, the only formal constitutional amendments by EU membership related to the division of competences between Parliament, the Government and the President. These competences were arranged according to the same ratio as those used in domestic legislative affairs, instead of the competence arrangements typical of foreign policy. Accordingly, the Constitution was amended so that the main responsibility for the national preparation of EEA affairs and later EU affairs was given to the Government. In addition, specific constitutional provisions were enacted for the purpose of ensuring the participation of Parliament in considering such EU affairs that would, according to the Constitution, otherwise fall within the competence of President. This was to prevent the constitutional pendulum swinging back again towards a strong presidency as the trend had already been towards parliamentarism since the mid-1980s. Alongside a vertical relocation of authority, EU membership also resulted in a horizontal relocation of authority between Parliament, the Government and the President, and contributed to an enhancing of the parliamentary features of the Finnish constitutional-political system.

EU law also shaped the reform of the domestic system for the protection of fundamental rights in the mid-1995s. There was relatively widespread concern in the mid-1990s that EU membership might somehow dilute the domestic standard of rights protection. Hence, some solutions of the comprehensive reform of the domestic catalogue of fundamental rights in the Constitutionin 1995 can actually be understood as defensive measures against such problematic tendencies that might in the long run arise from EU membership. As examples, one may refer to a strict clause on the right of access to information and a relatively far-reaching clause on the right to social security in which guaranteed rights are granted to everyone (and not only to EU citizens or to workers and their families). Some social rights, either by means of the relevant constitutional provision itself, or by means of Acts of Parliament, have also been guaranteed as subjective rights directly enforceable through the courts.

In the late 1990s, the constitutional practice pertaining to EU affairs started emphasising on the specificity of EU membership among international relations and, according, began to accommodate the traditional sovereignty principle into a new context. The new Constitution of Finland of 2000, designed to function as a constitution of a Member State, partly codified these new doctrinal transitions by including a so-called internationalisation principle according to which “Finland participates in international co-operation for the protection of peace and human rights and for the development of society”  (Section 1, subsection 3).  According to the travaux preparatoires, this provision functions to offer a new dimension for the construction of sovereignty so that those international obligations which are deemed to be  ”conventional” in modern international co-operation and which only affect sovereignty in a ”minor way” will no longer be deemed to conflict with the sovereignty of Finland. Moreover, the sovereignty doctrine is based on the idea of the specificity of the European Union with greater tolerance of limitations on sovereignty stemming from EU membership than those derived from other international obligations. EU membership also started to delineate increasingly the interpretation of other provisions of the Constitution.

This situation changed in 2012 when the latest amendment of the Constitution entered into force. The current Constitution not only reflects the constitutional orientation towards international cooperation for societal development through the EU but also expresses commitment to membership by stating that “Finland is a Member State of the European Union” (Section 1, subsection 3).In a way, the infant years of EU membership are now over and the Constitution has grown up to be able to encounter the EU. This new and more mature approach can also be observed in new provisions explicitly providing that a significant transfer of state powers to the EU or international organization requires the two-thirds majority of the given votes in Parliament (Section 94, subsection 2 and Section 95, subsection 2). This also means that the transfers of ‘insignificant” powers can be decided by simple majority. Whereas EU membership was brought into force internally by the use of the institution of exceptive enactment allowing the adoption of legislation conflicting with the Constitution and thus placing the membership principally outside the Constitution as a conflicting phenomenon, the current Constitution expresses a constitutional commitment towards the Union and provides a specific provision for transfer of the powers to the Union. Now, only a significant transfer of powers to the EU requires a qualified majority and the application of the institution of exceptive enactments is no longer needed for such transfer.

Finally, yet another significant re-allocation of authority by EU membership should be mentioned: the shift towards rights-based constitutionalism and stronger role of the judiciary. This development, which had a paradigmatic effect on the Finnish constitutional culture, would deserve a separate blog. Here it may suffice to say that the increasing national significance of European Court of Human Rights and the European Court of Justice, as well as of national courts enforcing European law and international human rights law, began to seriously undermine the viability of old Finnish doctrine prohibiting the judicial review of legislation. It simply became too inconsistent to uphold two opposite trends: the active European and international judicial review, on the one hand, and the prohibition of constitutional review, on the other hand. As a result and to enable efficient protection of constitutional rights, the prohibition of judicial review was quashed in the constitutional reform of 2000. The outcome was a form of weak judicial review in which courts plug loopholes left in the abstract ex ante review by the Constitutional Law Committee of Parliament, inasmuch as the application of an Act of Parliament would be in “manifest conflict with the Constitution” (Section 106). However, the rest of the story should be told elsewhere.