New article on Emergency Powers: The Determinants of Emergency Constitutions 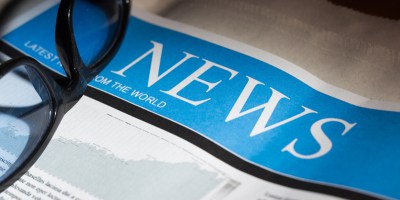 In recent years we are increasingly challenged to revisit the notion of emergency powers. The response to the Paris attacks is only the latest episode, while the concept of (undeclared) emergency was frequently used in the financial crisis jurisprudence.

In a very interesting paper, Christian Bjørnskov (Aarhus University Denmark) and Stefan Voigt (University of Hamburg, Germany) point out that little is known about the amount of additional powers granted to governments acting under a state of emergency, the trends in the evolution of emergency provisions over time, and the factors that cause societies to adopt them in the first place.

Today, some 90 per cent of all constitutions worldwide contain explicit provisions for how to deal with states of emergency. And they are used quite frequently. Between 1985 and 2014, at least 137 countries declared a state of emergency at least once. Under a state of emergency, some individual rights and liberties are usually suspended and the separation of powers is curtailed in favour of the executive or even a single person like the head of state or government and, by implication, to the detriment of parliament and the courts. Given that states of emergency can be crucial moments for the development of entire countries and taking into consideration how frequently they are used, it is amazing how little we know about constitutional emergency provisions.

To generate their hypotheses, they draw on three possible motives for passing emergency constitutions, namely a “benevolent” one based on the assumption that emergency provisions are included into the constitution for purely pragmatic reasons. After a natural disaster, for example, extraordinary powers might be necessary in order to save lives, and this is why emergency provisions are included in the constitution. The “power-maximizing” motive assumes politicians to be power-maximizers inferring that emergency provisions might grant powers that allow politicians to stabilize or even extend their actual power. The third and more “elaborate” motive is based on the notion that regime transitions often presuppose the capacity of the bargaining partners who negotiate constitutional change to credibly commit themselves to their promises. Bjørnskov and Voigt discuss the possibility that the inclusion of emergency provisions into constitutions might serve as a commitment device of those who demanded more parliamentary competences or a more universal suffrage. It was easier for the elites to agree to such demands if they received emergency provisions in return. In case of necessity, they could invoke these provisions and prevent more far-reaching demands from endangering their position.

The paper tests the overall implications of these three motives by first estimating the determinants of introducing emergency constitutions in a large panel of countries since 1950. It further tests the implications by estimating determinants of the overall INEP and its six subcomponents across constitutions that have included emergency provisions. Regarding the question why countries include emergency provisions into their constitutions at all, the authors find that countries that have once had an emergency constitution are very unlikely ever to get rid of it, that governments that came to power through coups are more likely to do so as are post-communist countries, countries belonging to the Islamic law tradition and countries with smaller populations.

The study Determinants of Emergency Constitutions can be downloaded free of charge from http://ssrn.com/abstract=2697144