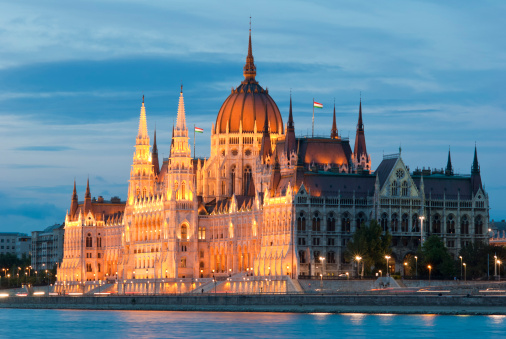 In the parliamentary elections of Hungary, held on 6 April, the ruling conservative coalition i.e. the alliance of Fidesz and the Christian Democratic People’s Party (KDNP), as in 2010, gained once again a two-thirds majority. It was the first election after the considerable and highly debated changes in constitutional and election rules. The Fidesz-KDNP won 133 of the 199 parliamentary mandates, while the left-liberal Unity Alliance acquired 38, the extreme right Jobbik 23, and the liberal green party LMP 5 seats.

The losing opposition parties, as well as some independent observers complained both about the new election system created by the government majority, and the organisation of the voting. They claimed that the parliamentary elections were free, but not fair; the gerrymandering (i.e. redrawing the constituency borders beneficial for the government parties), the regulation and the practice of campaign finance (where the intensive advertisement of the achievements of the incumbent Government was not counted into the campaign costs of the electoral parties, and where a lot of money was ‘outsourced’ to pro-government sham civil organisations), the extremely biased, pro-government public media and some special election rules (treating the trans-border citizens and the expatriate Hungarians in different ways, preferring the former) made the general elections unfair.

It is noteworthy that the election observers of the Organization for Security and Co-operation in Europe, the Council of Europe or other international organisations, often criticise the non-EU and Council of Europe member countries because of similar problems. Although the OSCE, after accomplishing a ‘limited election observation mission’, issued a statement emphasizing that even if ‘parliamentary elections in Hungary offered voters a diverse choice, the ruling party enjoyed undue advantage’, the parliamentary elections received only little attention in Europe. This can be explained by the fact that the Fidesz-KDNP coalition would have won the parliamentary elections in any kind of election system – the only question could have been the rate of their winning.

Nonetheless, the election results have raised some interesting issues having also constitutional relevance. While the ‘sui generis’ parliamentary representation of the nationalities was a disputed and unresolved question for a long time (as the constitution declares that the ‘nationalities … are constituent parts of the State’), none of them was able to get a beneficial mandate, so they can delegate only ‘speakers’ (without voting right) to the Parliament.

Another crucial issue of inner politics was the right to vote of the trans-border Hungarians (those citizens who live abroad, mainly in the neighbouring countries), as they will have a representation, even if the decisions of Parliament will not affect them. It is worth noting that the Fidesz-KDNP gained more than 95% of their votes, which might reinforce the suspicion that the extension of the right to vote to the trans-border Hungarians had political reasons, rather than to provide a ‘historic compensation’ for them.

It is also remarkable that the party list of the far-right Jobbik took 20.69% of the votes which made it the most-supported extreme right party all over Europe.

Finally, the election results highlight the disproportion of the Hungarian election system. While the Fidesz-KDNP received only 44.87% of the votes on national party lists, it gained 66.83% of the seats in Parliament, due to the disproportional mixed electoral system (in which 106 members are elected in single-seat constituencies and 93 by proportional representation).

As the two-thirds parliamentary support of the governing coalition means a constitution-making majority, the question is whether the Government of Mr Viktor Orbán, after the overwhelming popular support of its achievement in the last four years, will keep its ‘unorthodox’ constitutional policy, or will return to the European standards of constitutional democracy.