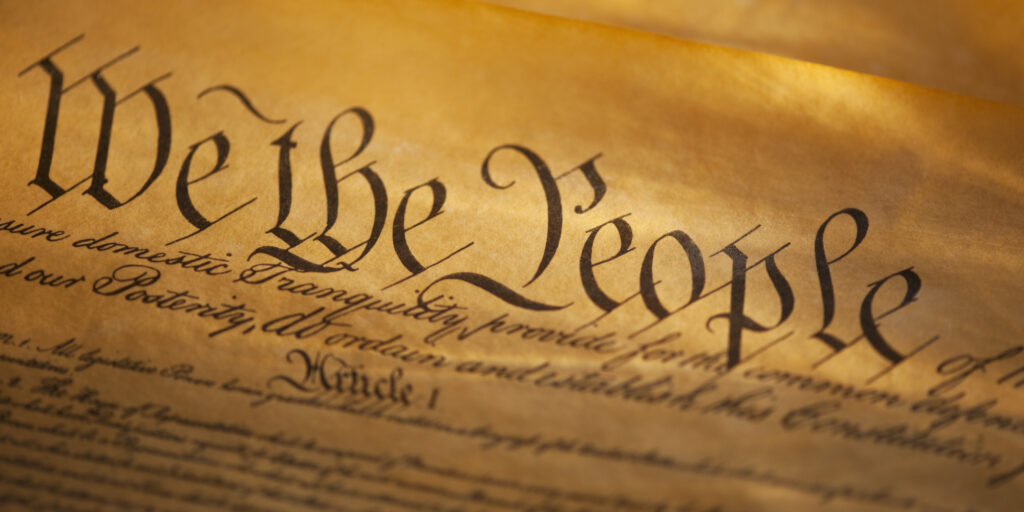 I have spent much of my academic life researching the constitutional amending process in the United States. My very first book Rewriting the U.S. Constitution: An Examination of Proposal from Reconstruction to the Present (1991) detailed approximately 40 proposals that individuals had offered from the period of Reconstruction through the publishing of the book in 1991 to either rewrite the U.S. Constitution or introduce a series of major changes to it. In the interim, I had been documenting additional proposals as individual entries for various editions of my Encyclopedia of Constitutional Amendments, Proposed Amendments, and Amending Issues. However, it was only in revisiting the subject for my book Re-Framers: 170 Eccentric, Visionary, and Patriotic Proposals to Rewrite the U.S. Constitution (ABC—CLIO, 2014) that I realized how significantly the number of such proposals had proliferated, particularly in the last two decades.

Indeed, even since sending Re-Framers to press, I have discovered both previous proposals that I missed (many are fairly obscure and I am still finding them) as well as others that have since been published. Whereas my first book began with the period of Reconstruction, Re-Framers demonstrates that individuals were proposing fairly substantial changes to the Constitution almost before the ink was dry, and that they have continued to do so throughout American history. Recent proposals have included Six Amendments: How and Why We Should Change the Constitution by former Justice John Paul Stevens. Although the rise of self-publishing and the Internet account for an increasing number of proposals (I have included an entire chapter in Re-Framers on proposals that have been posted in cyberspace), if I judge the situation correctly, the nation seems to be at a time when individuals are expressing increased interest in the possibility of making substantial changes in the document. Moreover, scholars seem increasingly to be engaging in the process of identifying what they consider to be various constitutional dysfunctions – consider, for example, Sotirious Barber’s Constitutional Failure (2014) — although there is far from unanimous agreement that the Document is the central cause of perceived pathologies.

One of the most exciting aspects of Re-Framers is that the number of proposals that I have been able to identify now occupy almost all points in the political spectrum from an increasingly-diverse group of individuals. Although many are traditional academicians, others are private individuals who clearly view their contributions as patriotic attempts to remedy ills that they perceive in the body politic. Although one could view the increased number of proposals as indictments of the current system, they might arguably be viewed as continuing affirmations of the American faith in written constitutions and their power to control events. Because I have been able to draw from such a larger pool of proposals than in my first book, I have included what I believe to be two fairly meaty chapters on “Constitutional Reform and Constitutional Archetypes” as well as a chapter of “Analysis and Conclusions.”

Among recent proposals, those by Mark R. Levin, a talk-show host, in The Liberty Amendments: Restoring the American Republic, have probably produced the most spin-offs. Some of Levin’s ideas appear, in turn, to be borrowed from “A Bill of Federalism” that Professor Randy Barnett published on Forbes.com on May 20, 2009. Professor Larry Sabato’s A More Perfect Constitution (2007) advocates a number of proposals, many of which would further democratize the Constitution.

As the number of such proposals is proliferating, so too are ideas for how to implement them. In 2000 Professor Richard Labunski published The Second Constitutional Convention. More recently, Professor Sanford Levinson has advocated a convention in Our UnDemocratic Constitution: Where the Constitution Goes Wrong (And How We the People Can Correct It (2006). From a very different ideological perspective, Professor Robert G. Natelson has argued that states can both call and control a constitutional convention to wrest back powers that he believes the national government has taken from them. Thomas G. Brennan, the founder of the Thomas M. Cooley Law School and a long-time advocate of constitutional reform, is scheduled to release The Article V Amendatory Constitutional Convention: Keeping the Republic in the Twenty-First Century in the next few days, and I am hoping to publish my own book on the subject in the near future. Without giving too much away, I argue that the Article V convention mechanism is appropriate for certain circumstances, and that it is best understood as a federal mechanism over which Congress and the states would share authority rather than as a sovereign body or one that would be subject to the sole control of either the states that called for it or the Congress that convened it.

The last formal constitutional amendment to the U.S. Constitutional amendment (itself an anomaly) was the Twenty-seventh Amendment, proposed in 1789 and ratified in 1992. In the past the nation has followed long periods of amending drought like those between 1803-1865 and 1870-1913 with the adoption of multiple amendments within a short span. It is still difficult to know whether we might face a similar situation within the next few years. It is my hope that Re-Framers will serve as a means of identifying not only the variety of proposals that might be considered but also different approaches that authors have taken to the topic. The fact that amending proposals have varied so widely certainly suggests approaching the subject prudently, albeit in the knowledge that our own Constitution was itself an alternative to the written document that had preceded it, and has itself been the object of 27 formal amendments.