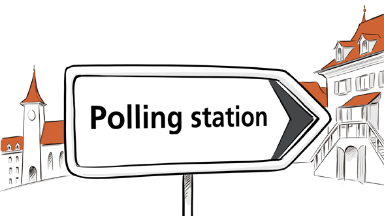 On February 9, 2020, two proposals were up for decision by the Swiss electorate:

The Popular Initiative was rejected by 57.1% of the Swiss population and by all but 4½ of the cantons, whereas the amendment of criminal law was clearly accepted by a majority of 63.1% of the voters. Electoral turnout was at 41.7% resp. 40.9%.

Mainly due to limited space in this small country, particularly in urban areas, as well as because of the ongoing growth of population, housing prices in Switzerland are comparatively high and continued to grow in recent years. As the majority of the population in Switzerland rent the apartment or house they live in (56% in 2017), the overall level of renting prices is of considerable economic and political importance in this country of tenants. Particularly for people with modest incomes, it can at times be hard to find affordable apartments, especially in urban areas, where most people are working.

According to the Swiss Tenant Association, speculators heading for higher returns are responsible for the recent price increases and this is why the association decided to launch a Federal Popular Initiative with the objective of increasing the construction of homes, which is not oriented for profit, but in the hands of non-profit developers, such as housing cooperatives. It is quite usual that not only political parties, but also major associations in Switzerland use the direct-democratic tool of the Federal Popular Initiative to bring forward and possibly push through issues, which have not so far succeeded to gain the attention of the public or to find a majority in Parliament.

The Initiative wanted to oblige the Confederation and the cantons to promote the offer of affordable homes for rent and would have prescribed that at least ten percent of the newly built homes across the country have to be held by non-profit owners. In order to reach these objectives, cantons or communes would have had the option to use the right of pre-emption, meaning that they would have been able to purchase suited real estate before anyone else was able to make an offer. Further, the initiative also wanted to make sure that government funded energy-saving renovations do not lead to a loss of affordable homes, due to excessive increases of the rent after the renovation.

The Federal Council and Parliament had both rejected the initiative. As a sweetener, Parliament has however decided to allocate some extra funds (CHF 250 Mio.) to the existing fund for non-profit house construction on the federal level. This allocation was foreseen under the condition that the Popular Initiative is rejected and is therefore due after the current votation.

ΙΙ. Referendum on the ban on discrimination based on sexual orientation

Back in 1993, Parliament added a ban on discrimination based on race, ethnic origin and religion to Swiss criminal law. The original intention of these provisions was to avoid that Switzerland becomes a kind of a safe haven for people promoting racist ideologies. At the time, the inclusion of further categories of discrimination such as ones worldview, government and parliament in order not to overburden the legal amendment rejected gender or sexual orientation. This original provision was accepted by a majority of 54.6% of the population in a votation in 1994.

More recently, a Parliamentary Initiative brought up the idea of extending the protection to the criterion of “sexual orientation”. The government supported this proposal and the Federal Parliament finally went along with the amendment.

According to the proponents of the new provision, the reason for this focus in protection as compared to other groups like for example disabled people resides in the fact that homo- and bisexual people are still regularly exposed to discrimination in their daily lives in Switzerland. There however are already options in the Swiss criminal and civil law to take action against physical and verbal attacks, but only as far as they are directed against individuals. If anyone denigrates homo- and bisexual people in general, he or she is not punishable today. Parliament decided to eliminate this loophole by means of an extension of the ban on discrimination on sexual orientation, which protects hetero-, bi- and homosexual people also as a group and not only as individuals. In the parliamentary debate, the decision was taken not to ban discrimination based on gender, with the justification that this criterion would have given rise to difficult distinctions. This decision has received severe criticism by human rights organizations.

The opponents of the provision who took the referendum, were afraid that the fundamental right of free speech may be threatened by the new provisions and were arguing that people who e.g. take position against the right of marriage or the right to adoption by homosexual couples in a public debate might be punished. The concrete implications of the new provision with regard to free speech remain to be assessed once the law has been put into force. Yet, according to the experience with the “anti-racist” prong of the existing criminal provision, it can be said that the risk seems fairly small that the provision in its new form constitutes an imminent danger for the freedom of political debate in Switzerland.