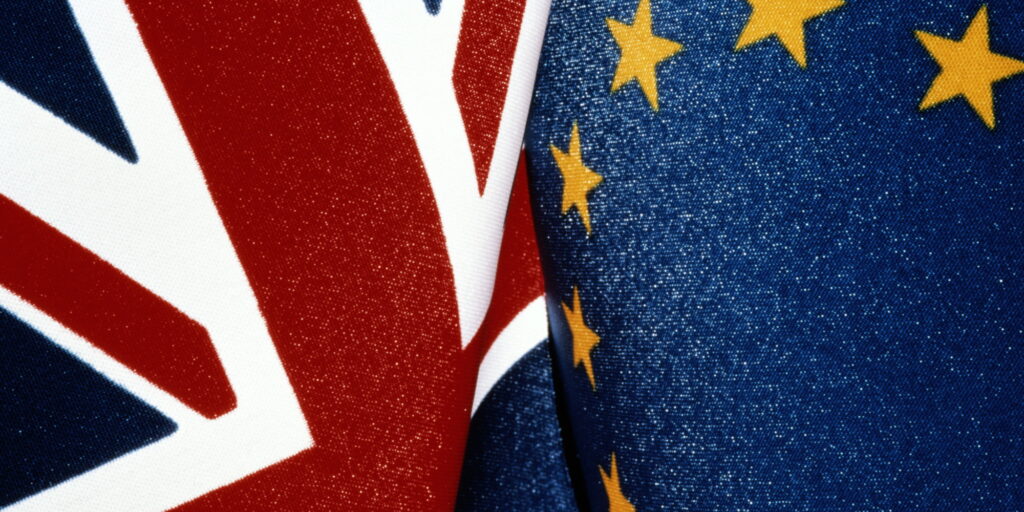 The rise in popularity of the United Kingdom Independence Party(UKIP) in the UK amidst the possibility of popular support for euro-sceptic political parties raises major constitutional issues about the UK’s continued membership of the EU. A recent TV debate between the Deputy Prime Minister and the Leader of UKIP proved how difficult it was to present technical arguments for membership in the context of popular scepticism about the EU. Winning the argument to stay in the EU will not be easy as a promised “in/out” referendum is likely to be held if the Conservative Party win the next election. The time-table for the next general election is fixed for May 2015 but the run up to that election will set an unprecedented time for the UK. There are considerable self-imposed constraints on the UK’s approach to the EU that mark a considerable departure from the approach of previous governments. It was a conservative government that ensured that the UK gained entry into the EU. It may very well prove to be a Conservative led coalition that casts doubt over the resilience of the UK to remain. The European Union Act 2011 provides an innovative approach to the UK’s membership of the EU. It seeks to achieve four objectives:

• Safeguards future UK interests through systems that strengthen parliamentary accountability;
• Improves national parliamentary oversight in line with Article 12 of the Treaty on European Union (TEU);
• Provides a form of popular participation through the use of referendum;
• Enhances public debate and also ensure that party political dissent is structured in terms of the focus of debate and conflict resolution in winning a referendum.
• Sets out legal checks and balances in how the debate about the UK and membership of the EU is addressed.

Sovereignty and the EU

Section 18 of the European Union Act supports the principles set out under section 2(1) of the European Communities Act 1972. It preserves the concept of sovereignty set out in the 1972 legislation. It also declares the continuation of UK sovereignty drawing on the experience of the 1972 legislation. This raises the question of whether or not the section creates a new form of constitutional protection? The answer is probably not as the section is a restatement of the traditional assertion of sovereignty that arises under a dualist system of law requiring a Treaty to be enacted in domestic legislation to be effective. The Act also confirms that an EU Directive should be given authority. There always remains the possibility that the UK is free to use an Act of Parliament to take precedence over an EU Directive – this would doubtless be challenged by decisions of the EU Court at Luxembourg.

Referendum and Acts of Parliament

Section 2 of the European Union Act sets new boundaries and parameters on the nature of the UK’s constitutional arrangements.
• Any further amendment or revision of EU Treaties will need legislation and a referendum;
• A referendum outcome is binding on the UK and on the Government. Until the referendum establishes support for any EU amendment or extension of EU powers the Government cannot ratify the Treaty and this includes any legislation!
• In theory the use of the referendum acts as “ a double lock” on the protection of UK sovereignty. The referendum must approve any change BEFORE either the UK Government OR Parliament can ratify the Treaty amendment.
• Even if Parliament did approve the Treaty amendments, the referendum is needed and the “ political will of the people” has to prevail over the powers and responsibilities of Parliament!

Revisions to the current Treaties by use of the TEU

There are similar provisions to the above for the adoption of a less formal revision procedure to the TFEU. The requirement in EU law under the TEU Article 48(6) is that such revisions must be by way of unanimous approval of Member States. In the UK the application of the referendum and Act of Parliament procedures set out under the European Union Act 2011 now apply. The 13 obligations of exemption are conditional on at least two of them being satisfied. The consequence of this is that there is really no change in the UK’s status within the EU but there are implications on how the Government of the day is expected to govern. Gone are the past freedoms to make executive decisions alone and without prior parliamentary consultations. Issues that arise such as Eurozone bail outs and matters that may not be easy to predict may cause problems for the Government in their day to day running of relations with the EU. In fact the Government has in fact “bound “itself in an inelegant way making life very difficult if the Government wishes to act as a proactive member of the EU.

The Government has set itself on a legal tight- rope. Whenever a referendum is required in order for an Act of Parliament is to have validity, this leaves doubts and uncertainties over the outcome. No one can be sure that a referendum will result in a particular decision or approval of a particular course of action and the cost ( averaged at about £40 million) is rather a high one when the issues at stake may be technical and legalistic rather than policy and practical.

How to evaluate the European Union Act?

This is a difficult question. On one level an Act of Parliament must be given effect. This means that Parliamentary intention has to be followed by the judges in the courts. There is a potential clash between Parliamentary intention and a referendum. Usually Parliament’s role and the passage of a referendumusually will come after the outcome of a referendum is known. This was the case in the example of the devolution debate for Scotland, Wales and Northern Ireland. Once the referendum was held and the voters were in favour of devolution then legislation followed – the Scotland Act 1998, the Government of Wales Act 1998 and the Northern Ireland Act 1998. The European Union Act 2011 reverses the order. Parliament may express its views through legislation on EU matters but Parliament’s views are conditional on the referendum.

Political thinking has to be considered. The European Union Act is an attempt to assure the electorate that UK interests are protected by the electorate rather than the majority of votes in Parliament. This may be seen as addressing various levels of scepticism about the EU including fears about immigration and the expansion of EU membership in Eastern Europe. The Act sets a constitutional “ precedent” for giving a referendum authority over an Act of Parliament. This may constrain ministerial negotiations at EU level and this may lead to a weakening of the UK’s voice as it is in many cases contingent on predicting the outcome of a referendum. The position is also quite complicated by the fact that the width of section 6 of the Act including euro currency decisions will mean that any UK participation in such key areas of debate is likely to be weakened and even postponed for some time in the future.

General Comments: The Value of Referendum in the UK

The use of prior Parliamentary approval by an Act of Parliament is also a difficult matter to judge. It certainly reduces the “ wriggle room” for the government of the day to negotiate. If politics is the art of the possible, the Act makes predicting the outcome of a parliamentary vote a contingent element in policy making- this is difficult and certainly hard to evaluate.

The UK’s membership of the EU faces an uncertain future. The referendum device is an important mechanism that allows popular debate on important constitutional issues. In the United Kingdom’s constitutional system the referendum decision has always been followed and influenced the party political decision making that informs bills and legislation. Past examples include devolution in 1978 and in 1989 and also a previous referendum in 1975 on EU membership after the 1972 Act had been in operation for some years. Predicting the outcome of a referendum is difficult when there is no political consensus amongst the main parties. The rise of UKIP is unquestionably significant if the party becomes electorally successful. This remains to be seen but certainly the threat of their success is important for the Conservative party who fear that electoral support might switch to UKIP. This might cause a major shift in political support and put in jeopardy continued membership of the EU Equally clear is that the UK may face a transformation of its own composition through debates about Scottish independence.

The Scottish referendum debate is on-going and will intensifyThe Scottish National Party minority government 2007-2011 had included a manifesto commitment to bring forward a referendum on independence but did not do so, presumably because it lacked a majority in the Parliament. The formation of a majority Scottish National Party government in 2011 opened the way to discussions of Scottish independence. An agreement was reached with the UK government to the holding of an advisory referendum on Scottish independence on 18th September 2014. A Memorandum of Agreement was concluded in November 2012 between the Scottish and UK Governments that the UK Government would promote secondary legislation under section 30 of the Scotland Act 1998 and that the Scottish Government will promote legislation for a referendum in the Scottish Parliament with details of the question to be posed and the extension of the franchise to 16 and 17 year olds.1 The question will be “Should Scotland be an independent country?” The answer will be “yes” or “no”.

The referendum is likely to be highly contested and also quite close in terms of the likely support for and against Scottish independence. Matters of UK constitutional importance appear to depend on popular opinion than will be difficult to anticipate.