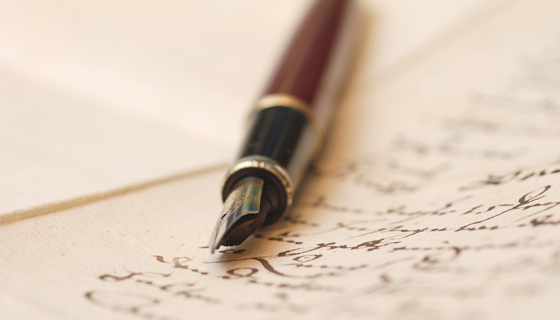 by Tanja Karakamisheva-Jovanovska, Full-time Professor of Constitutional Law at the Faculty of Law “Iustinianus Primus” in Skopje, University “Sc. Cyril and Methodius”, Republic of Macedonia

The well-known nebulous and irrational problem that my country, Republic of Macedonia, has with Greece for 27 years seems to have reached its zenith.
On 17th of June, 2018 in Prespa, a small town in Macedonia, the Macedonian and Greek ministers of foreign affairs have signed the Final agreement for the settlement of the differences as described in the United Nations Security Council Resolutions 817 (1993) and 845 (1993). Although in the international law, the name disputes among two or more countries do not exist as past experience, having in mind that the state name as well as the constitutional name of one country is always seen as a crucial element of the internal legal identity of the given country, this rule obviously does not apply to the Republic of Macedonia.
According to the international law, the state’s names, as a legal identity of the country as an international subjects is essential element of their juridical personality, and their statehood.
Macedonia is a true precedent as a case in the United Nations. This case was precedent from the very beginning with the unusual and unacceptable membership status as a state member of the UN, issue originated from the unusual admission resolutions stipulating preconditions outside of the scope of the exhaustive conditions of Article 4(1) of the Charter of the UN.
The huge nonsense contained in the UN General Assembly Resolution 47/225 (1993) as a statement of the General Assembly: “Decides to admit the State (meaning the Republic of Macedonia) whose application is contained in document provisionally referred to for all purposes within the UN as “the Former Yugoslav Republic of Macedonia” pending settlement of the difference that has arisen over the name of the State”.
Since as it was mentioned above there could be no “differences” between states over their NAMES, it’s illegal to make statement as: “pending settlement of the difference that has arisen over the name of the State”. The right of the country to have its own name is jus cogens norm. Each national state has the right to legal and sovereign equality, political independence, legal and political sustainability and self-government. The Republic of Macedonia is an exception of that rights. With the last agreement concluded between two countries, the well-known jus cogens norms existed in the international law are marginalized and seriously violated.

1. The Agreement with Greece is breaching and is against all international legal documents stipulated in its Preamble (the UN Charter, the Helsinki Final Act of 1975, the relevant Acts of the OSCE, and the values and principles of the Council of Europe). It breaches art. 2 and 4 of the UN Charter because it violates the legal subjectivity of Macedonia as a country. The Second Party, as Macedonia is referred to, has no name in this Agreement! My country is not refered as Republic of Macedonia or as FYROM, but as a “party”, recognised as such with the UN resolutions, which from a legal point of view makes this agreement null and void. Bottom line is, this agreement is not made with an official country, identified by any name, but simply with a “second party”, as Macedonia is referred to.

2. The agreement is asymetrical, it creates obligations only for my country and the Macedonian people, obligations which are against internationally recognised jus cogens norms where the name of my country, the national identity of my people, and the basic right or self-determination are nulled. The agreement puts as an obligation to change our name erga omnes for internal and external use which is an unseen precedent in the international relations.

4. The agreement imposes an obligation to change our century-old national identity opposing all civil and legal rules, imposes obligations to change our national history, tradition, aims to change the Macedonian memory of existing and future generations. It violates our fundamental human rights to be Macedonian. On the top of that, the Agreement demands we give up from our Macedonian minority in Greece and in the diaspora, as if those people never existed!

With this agreement, as Greek PM Tsipras said, Greece wins everything, looses nothing.
And we, Macedonians, we loose our identity and our battle for the internationally recognized human rights!

In the name of human rights protection, we, majority of Macedonians demand the cancellation of this shameful agreement!