Why the making of a crowd-sourced Constitution in Iceland failed 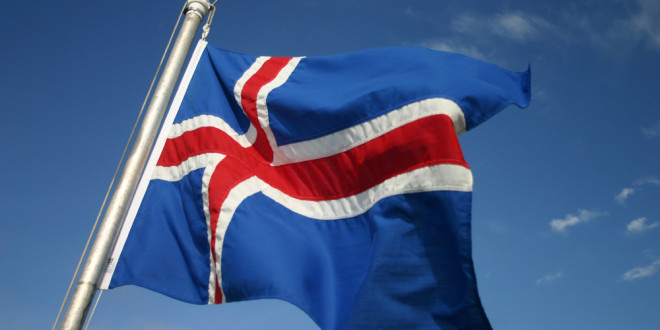 The process of constitutional rewriting in Iceland in 2010-2013 was an unprecedented event in modern constitutional democracies as a way of introducing new political and democratic processes. It reflected attempts to come to terms with the consequences of the collapse of the Icelandic banks in 2008 and widespread distrust towards the political parties in Iceland. In June 2010, the Icelandic Parliament, Althingi, passed Act No. 90/2010 establishing a consultative Constitutional Assembly, with the task of revising the constitution. The aim was to involve the citizens in the making of a new constitution, partly through the method of crowd-sourcing. A National Forum was held in November 2010 attended by 950 people, selected at random. Its conclusions reflected viewpoints and some basic values which they wished to see form the basis of Iceland’s new constitution. This was an input in a drafting process by a specially elected 25 representatives in a new consultative Constitutional Assembly. At the same time political parties were excluded from the preparation and drafting stages of the new constitution. However, according to the constitution in force it could eventually only be amended via a procedure in which two parliaments would have to approve a bill of amendment, with a general election taking place in the interim.

There were some serious setbacks early in the process and most steps on the way were marked by controversy. Firstly, there were flaws in the election of the Constitutional Assembly, resulting in the annulment of the election by the Supreme Court of Iceland in January 2011. This cast doubt on the legitimacy of a new body, the Constitutional Council appointed by Althingi, in March 2011 to finalise the task. After the Council eventually submitted its draft of a new constitution to the Althingi in July 2011, it was not processed further for more than a year. In October 2012 an advisory referendum was held on the question of whether the draft should be used as the basis for a new constitution; five other questions were also asked on certain elements in the draft. Of those who voted 64% indicated that they wanted the Constitutional Council’s proposals to form the basis of a new draft constitution. The outcome of the referendum however raised controversies, both on how to interpret the answers to open questions and whether the draft should be considered binding upon the legislature. The strongest supporters of a new constitution claimed that the Althingi was “democratically obliged” to adopt the proposals unchanged in substance.

This Icelandic innovation was appraised by many, among them some foreign scholars, and the draft constitution-making process was declared tremendously innovative and participatory. Others, including many Icelandic scholars in Political Science and Law, as well as the Council of Europe, Venice Commission expressed scepticism and severe criticism of the quality of the draft constitution, and the proposed new institutional system was described as complex and marked by lack of consistency. Eventually the exercise failed and the bill based on the Council’s proposals was blocked in Althingi in the spring of 2013. The reasons for this are manifold, and involve a number of factors, both political and legal.

Firstly, the idea of shifting the task of constitution-making from the political forum to a consultative body raised questions on whether it is possible, in a constitutional democracy, to circumvent elected representatives in the national parliament in this way by defining “the people” as a special source of power in clear contradistinction to political entities. The involvement of the citizens at the initial stages to reflect their will in the preparation and drafting of a new constitution indeed introduced innovative political and democratic processes. It might eventually have strengthened the democratic foundations and legitimacy of a new constitution, as well as being likely to create greater consensus regarding it. However, as the matter developed, with the emergence of claims that the role of the Constitutional Council was to draft a comprehensive and a complete document, it proved to be an unrealistic approach on the part of those who most enthusiastically supported the creation of a new constitution.  Accordingly, defining constitution-making as a non-political issue and distancing it entirely from the political forum was bound to end in failure. At the end of the day, political involvement had to come into the picture and the political forces needed to take a stance on the substance of a new constitution before its final adoption. The exercise was never intended to replace the legitimate processes provided for in the Constitution, since to do so would be in clear defiance of the principles of constitutional democracy. Thus, an advisory referendum, or other evidence of powerful popular support, could not legitimize such a deviation from the constitutional process nor deprive the members of parliament from their constitutionally protected free mandate.

Secondly there is the necessity to distinguish between the involvement of the people in preparing a constitution and influencing its substance, on the one hand, and adopting a constitution on the other. That a group of individuals with little or no experience of legislative work (and indeed they had been chosen for the task precisely because of their non-involvement in politics) managed to produce a comprehensive document was a great achievement. But even though the basic frame and main components of their proposals were intended as the basis for processing by the legislature, the task needed to be continued in the Althingi. The material quality of the document had to be improved. A thorough assessment was needed of the innovative institutional framework suggested, for the sake of harmonisation and to avoid having political obstructions and instability undermine good governance.

Thirdly, as an important practical point, the coalition parties in the Althingi failed to react promptly to the Council’s proposals in July 2011. Surprisingly, they failed to adopt any position on their substance. They hesitated on how to proceed and how to introduce and handle a bill for a new constitution, a situation which ended a year later in the controversial decision to hold the advisory referendum. A valuable time was lost, which should have been used to elaborate the Council’s proposals further via the parliamentary process, assess their probable impact and address their material shortcomings. Expecting that four months would be sufficient for the Althingi to discuss a bill of such a fundamental significance and take proper account of all the issues that needed to be addressed was wholly unrealistic.

Finally, from early on in the exercise it became unlikely that the consensus aimed at with the initial establishment of the Constitutional Assembly would be achieved. This was partly due the invalidation of the election by the Supreme Court. The inevitable consequence of this was that the Constitutional Council, which replaced the assembly on the basis of a parliamentary resolution, lost the popular legitimacy that the assembly could claim in its first days before the election was annulled. From there on, the staunch resistance by the largest opposition party in the Althingi to any continuation of the revision process effectively made the Council into a creature of a political nature, exposing it to severe criticism and so dividing voters into two groups in their attitude towards the task.

In spite of all this, it is at least safe to assert that the new paths chosen to revise the Icelandic Constitution had a powerful impact on public awareness in Iceland regarding the significance of the Constitution and its core principles. The great attention that this new experiment in constitutional revision in Iceland attracted outside the country is also likely to make both citizens and governments in other countries think about whether, and if so how, greater consultation of the electorate can be achieved concerning the substance and aims of constitutions. Much can be learned from this experiment regarding means and ends, the advantages and drawbacks of various methods and, not least, the limitations imposed by constitutions themselves to innovations in the revision of the foundations on which democratic states are built.